Here’s the release in full

Washington, D.C., Dec. 9, 2019 – A Colorado stock promoter and two of his companies agreed to pay $4.2 million to settle the U.S. Securities and Exchange Commission’s charges for fraudulently promoting and trading a cannabis stock. On Dec. 5, 2019, the U.S. District Court for the District of Colorado entered the final judgment.

The SEC’s complaint alleged that Jeffrey O. Friedland touted – or promoted – the stock of cannabis company OWC Pharmaceutical Research Corp., while misrepresenting his own investment in OWC and his professional relationship with the company. According to the complaint, Friedland promoted OWC to investors without disclosing his role as a paid promoter or the amount of his compensation. As alleged in the complaint, Friedland held millions of shares of OWC stock through two companies that he controlled, Intiva Pharma LLC and Global Corporate Strategies LLC, with the bulk of the shares received as compensation for promoting OWC to investors, including retail investors.  Additionally, according to the complaint, Friedland secretly sold his OWC shares into the market at the same time that he was touting OWC stock to the public as a long-term investment.

“Retail investors are entitled to the facts about promoters’ relationships with the companies they tout under our securities laws,” said Associate Director Melissa Hodgman.

“The $2 million penalty assessed against Friedland reflects the SEC’s strong commitment to protecting investors’ right to fair and accurate disclosure.”

Without admitting or denying the allegations in the complaint, Friedland and Global agreed to disgorge nearly $2.1 million plus prejudgment interest, and Intiva agreed to disgorge $20,000. Friedland also agreed to pay a $2 million penalty. All defendants consented to bars prohibiting them from participating in penny stock offerings. 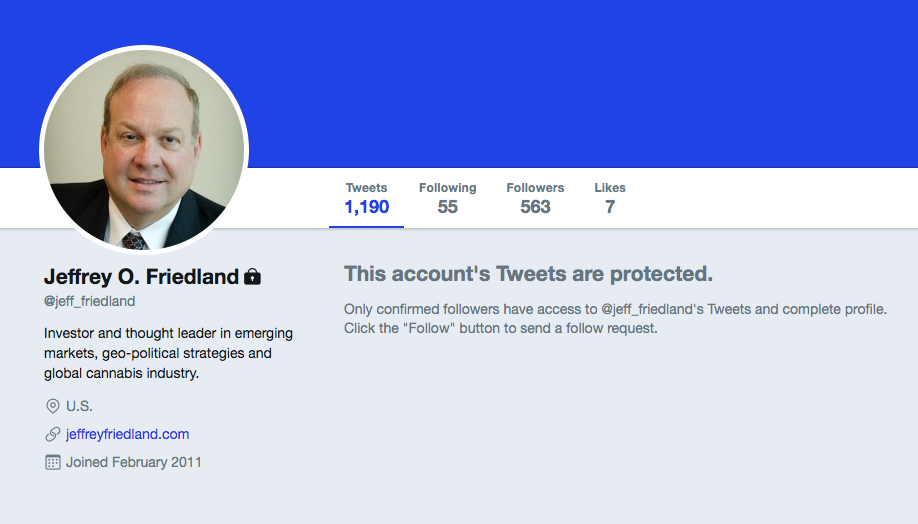 and his website where, of course, he’s got a book to tout

Jeffrey Friedland has been the chief executive officer and a director of a NASDAQ listed financial services company, a director of a New York Stock Exchange-listed company with all of its business operations in China, and the chairman of the supervisory board of a Hong Kong-based company with a stock market listing on the European Union Regulated Market of the Frankfurt Stock Exchange.

Mr. Friedland has been the founder, investor, owner, director or member of the executive management of companies in the global cannabis industry, in the United States, Canada, and Israel.

Jeffrey Friedland first traveled to China in 1988, opened an office for Friedland Capital in China in 2003.

He is an author, speaker and thought leader on emerging and frontier markets, the global economy, renewable energy, and the global cannabis industry.  His books, “All Roads Lead to China – An Investor Road Map to the World’s Fastest Growing Economy” and “Marijuana: The World’s Most Misunderstood Plant,” are available in print and Kindle editions at Amazon. ​

He is CEO of FC Global Strategies and also provides advisory services and programs through Phyto Intel and Growth Advisory Group.

Mr. Friedland is a speaker at conferences and events throughout North America, Europe and Asia, focusing primarily on the global economy; the cannabis, hemp, and CBD industries; and renewable energy. 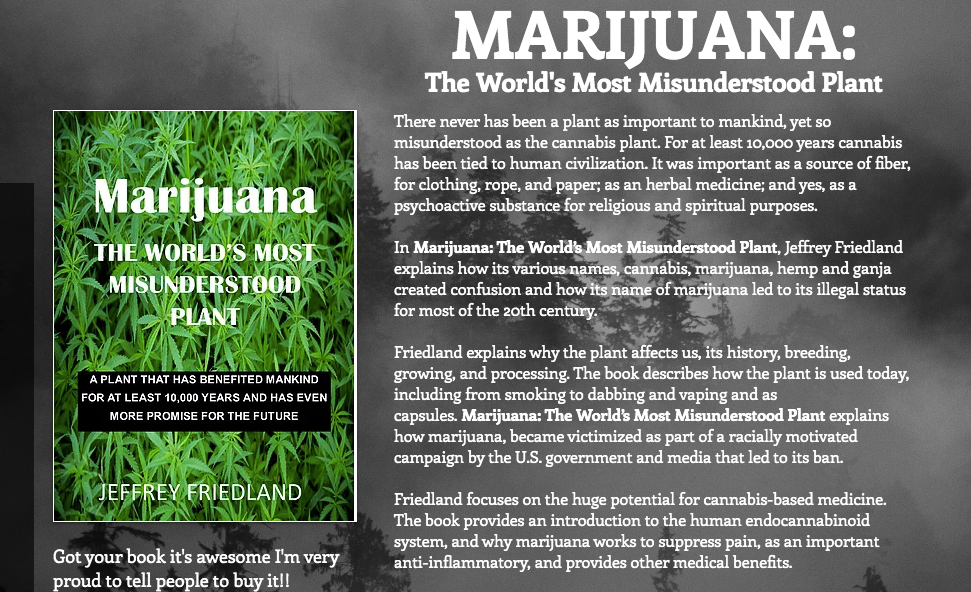 More on MORE: Next Stop…

May The Grass Be With…