Here’s the press release in full

Click on image to watch video of announcements on FB live 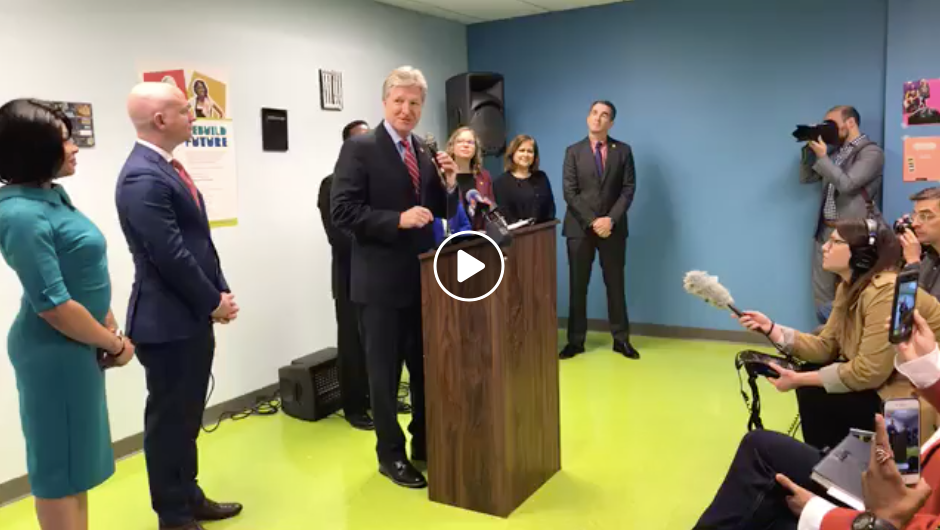 “All Virginians deserve access to a fair and equitable criminal justice system,” said Governor Northam. “My proposed criminal justice reform legislation and budget initiatives will combat mass incarceration, increase supports for returning citizens, and ensure meaningful second chances for those who have paid their debts to society. This is a bold step towards a more just and inclusive Commonwealth, and I look forward to working with the General Assembly to pass these measures into law.”

The Governor is proposing Virginia decriminalize simple possession of marijuana, creating a $50 civil penalty instead. Studies show marijuana arrests disproportionately impact people of color—in Virginia, African Americans are substantially more likely to be arrested for marijuana charges than white residents. The Governor’s legislation will also clear the records of individuals who have been previously convicted of simple possession.

Governor Northam is proposing legislation to raise the felony larceny threshold to $1,000.  In 2018, the Governor signed bipartisan legislation raising the felony larceny threshold to $500—the first time it had been raised since 1980. This newly proposed increase will bring Virginia in line with many other states and ensure one mistake does not forever impact a person’s life. Felony convictions carry prison time and create a criminal record that can be a barrier to education, housing, jobs, and more.

Last year, Governor Northam and the General Assembly eliminated the practice of suspending a person’s driver’s license suspensions for unpaid fines and fees. Since that time, over 50,000 Virginians have had their licenses reinstated. Governor Northam’s proposed legislation would make this change permanent.

“This administration continues to demonstrate its dedication to comprehensive criminal justice reform,” said Secretary of Public Safety and Homeland Security Brian J. Moran. “The impact of this legislative package is substantial and transformative. Our parole reform bills will make many more offenders eligible for discretionary parole and the elimination of driver’s license suspensions for unpaid fees and fines and non-driving related offenses will affect hundreds of thousands of people.”