Latest News
Home /Article: Who is Impacted if Marijuana is Reclassified as a Schedule II Drug 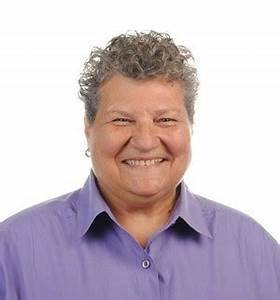 Judge Mary A. Celeste (ret.) sat on the Denver County Court bench 2000-2015. She was the Presiding Judge 2009 and 2010 and the co-founder of the Denver County Court Sobriety Court. She is currently a law school professor teaching Marijuana and the Law at California Western School of Law and researcher under a contract with NHTSA and NORC on the topic of the prosecution of drugged driving cases. She is a former member of the Judicial Advisory Board member for the Foundation for the Advancement of Alcohol Responsibility (FAAR) and Faculty for the National Association of Drug Court Professionals (NADCP) and the National Judicial College (NJC). She has also served as the past chair of ABA National Conference of Specialized Court Judges; the President of the American Judge’s Association and the Colorado Women’s Bar Association Foundation, and, as a National Highway Traffic Safety Administration (NHTSA) Judicial Outreach Liaison. She has written many articles and is a national speaker on the topics of marijuana; marijuana and drug impaired driving, drugged driving and specialty courts. She has presented to AJA; ALA; NEADCP, NADCP, APPA, AJA, ABA, DATIA, NHTSA, NEADCP, Lifesavers, Pennsylvania DUI Association, Michigan and Louisiana Association of Drug Court Professionals and to Judges, Specialty Court Conferences, and Safety Highway Offices in the States of Arizona, Arkansas, Colorado, Florida, Georgia, Illinois, Kansas, Pennsylvania, Massachusetts, Michigan, Nebraska, Nevada, New Mexico, North Carolina, North Dakota, Oklahoma, Texas, Utah, Washington, Wyoming and in Canada.

Recently I discussed all of the congressional marijuana bills awaiting consideration and votes. The bills ranged from reclassifying marijuana to a Schedule II drug to removing it entirely from the Controlled Substances Act. The Act contains five schedules: I as the most serious to V as the least. Two of the major reasons that drugs are classified as most serious under Schedule I is that the drug has “no currently accepted medical use” and has a “high potential for abuse.”[i] No one can deny that as more and more states adopt medical marijuana laws and more studies seem to indicate some medical benefit,[ii] the notion of scheduling marijuana as one of the most dangerous drugs is starting to crack.

The continued FDA approval of cannabinoid-based medicines is also causing fissures. Four of them are now on the market. They are dronabinal (marinol) for controlling nausea and vomiting caused by chemotherapy and nabilone (cesamet) to treat anorexia in HIV patients along with the most recently approved drugs Epidiolex[iii] (cannabidiol) [CBD] to treat rare and severe forms of epilepsy and Syndros, a THC dronabinol substance like Marinol (except that it is marketed in liquid form rather than a pill) [iv] which became commercially available in the U.S. as a Schedule II substance. “It seems paradoxical that drugs like these, which contain elements of marijuana and serve the same purported purpose, are designated as Schedule II and III while botanical marijuana remains Schedule I.”[v]

Some would think these big Pharma companies would be jumping for joy if marijuana were rescheduled to II. But big Pharma synthetic marijuana companies want to protect their monopoly and hold onto the synthetic marijuana industry. Epidiolex is manufactured solely by GW Pharmaceuticals;[vi] it is the first FDA-approved drug that contains a purified drug substance derived from marijuana. It is also the first FDA approved drug for the treatment of patients with Dravet syndrome.[vii] Syndros is marketed by Insys Therapeutics. These companies are the manufacturers and distributors of everything that has been FDA has approved and is currently on the market. “Big Pharma companies want botanical marijuana to remain illegal because it is financially beneficial to them, not because synthetic marijuana is decidedly better for patients.” [viii]

The fact that botanical marijuana is typically cheaper than synthetic marijuana makes the case. Drugs like Marinol are sold for $18 per 5 mg capsule, the equivalent of $3,600 per gram.  In contrast, botanical marijuana can be obtained for $15 a gram, though potency and price of the plant can vary.  For patients without insurance, legal botanical marijuana provides an affordable option to relieve their symptoms.[ix] Insys made huge contributions to the Arizona effort to pass a medical marijuana initiative in 2016 and has been deemed instrumental in stymieing that effort.[x] “Those supporting legalization speculated that Insys was attempting “to kill a non-pharmaceutical market for marijuana in order to line their own pockets.”[xi] “Pharmaceutical Research and Manufacturers of America (PhRMA) spent $19.7 million on lobbying against the legalization of both recreational and medical marijuana in 2016, according to the Senate Office of Public Records.” [xii]

As the world marijuana companies are growing they are being eyed by the world alcohol industry. “The former chief executive of one of North America’s top beer makers says it’s only a matter of time before all alcohol companies are involved in the cannabis industry.”[xvi] Thus far Constellation Brands has bought an interest in Canopy Growth, the largest Canadian marijuana company to the tune of a 9.9% interest for 245 million Canadian dollars ($190 million), plus options to raise its stake to just under 20%., [xvii] “Molson Coors Brewing selected The Hydropothecary… and Diageo, the maker of Guinness beer and Smirnoff vodka, has been in talks with at least three Canadian marijuana growers.”[xviii]

While the alcohol industry may benefit on one hand with taking a literal interest in Canadian marijuana companies, they may be negatively impacted on the other. Both The Boston Beer Co., maker of Samuel Adams and Jack Daniel’s-maker Brown-Forman have stated in their SEC statements and filings that the marijuana industry may negatively impact their bottom line.[xix] Interestingly however one study found that “individuals who use both cannabis and alcohol tend to use them at the same time and simultaneous use was associated with increased frequency and quantity of alcohol use.[xx]

With respect to the drug testing industry, according to a bcc Research Report, “the global drug of abuse (DOA) testing market reached nearly $3.0 billion in 2016. This market is estimated to grow at a compound annual growth rate (CAGR) 4.5% to reach nearly $3.9 billion by 2022 from $3.1 billion in 2017.”[xxi] “The industry CAGR of 4.5% through 2022 is expected with urine and blood tests remaining market leaders. Increasing use of saliva tests may see a sharper growth in that emerging segment, the report concluded.”[xxii] “Onsite testing by law enforcement and first responders is a smaller market, compared with laboratory-based complex testing, but growth has been steady as employers or state laws dictate a drug-free workplace.”[xxiii] Federal drug tests are mandatory for millions of federal workers which also adds to the uptick for the drug testing industry.[xxiv] If marijuana is reclassified or the pending Fairness in Federal Drug Testing Under State Laws Act (H.R. 6589) bill which will end mandatory drug testing for federal workers is passed,[xxv] it could negatively impact this industry and over time this policy could bleed over to the entire workplace testing scenarios.

Lastly, although the government would benefit from increased tax revenue, it would lose the tax deductions revenues that are not now permissible for marijuana businesses. One analysis shows that if marijuana were fully legal in all 50 states, it would create at least a combined $131.8 billion in federal tax revenue between 2017 and 2025. [xxvi]That is based on an estimated 15% retail sales tax, payroll tax deductions and business tax revenue.[xxvii] “Allowing marijuana businesses to take normal deductions was expected to cost the federal government $5 billion in tax revenue over the next decade.”[xxviii]

Does this outcome change if marijuana is entirely removed from the Control Substances Act? That is another topic to be explored.

[xxiv]The Federal Drug-Free Workplace Program was initiated by Executive Order 12564 to establish the goal of a drug-free federal workplace. The Program made it a condition of employment for all federal employees to refrain from using illegal drugs on or off duty. https://www.samhsa.gov/newsroom/press-announcements/201709291000